Facing a DUI? Here’s Why You Might Need an Attorney

Did you know that according to FBI reports there are over 300,000 times a day that people are driving drunk on the road and that only 3,200 of them are ever arrested? That is a lot of intoxicated people out on the road. If you have recently been charged with a DUI, you need to realize just how damaging it can be to your life and the lives of your family.

Drinking and driving and being arrested for it doesn’t just affect your life, it affects the lives of the people around you as well. That’s one of the reasons it’s so important to have a reputable criminal lawyer in your corner. If you have been arrested for a DUI and are thinking of going into court alone, don’t. Read on below instead for a few of the top reasons that you need a DWI attorney to handle your case for you.

You’re Not Sure Why You Were Pulled Over

If you were pulled over randomly and aren’t sure why then you need a reputable criminal lawyer to check into the situation for you. It’s important to note that before people can make an arrest for a DUI or DWI, they need to have probable cause to pull you over, to begin with. If the cop can’t show probable cause, then the judge may see fit to throw the entire case out. If you aren’t a DUI attorney, you won’t be able to go to court and prove your case in this instance and could do yourself more harm than good.

When you are charged with DUI, you could automatically lose your driver’s license. This means that you’ll be unable to drive anywhere, including work, taking the kids to school, and even go to the grocery store. In many states, judges allow people who are charged with DUI to have a restricted license. You’ll have to agree to certain restrictions. If you have a reputable DUI attorney in your corner, then he can help you apply for that restricted license, allowing you to at least be able to get back and forth to work.

This is Your First DUI

You really need an expert criminal attorney in your corner if you are a first-time offender. If this is your first offense and you have a clean criminal record, it is possible that you can avoid many of the consequences of your DUI charges. There are stipulations you have to agree too, such as community service and going into a rehab program, but your lawyer can help you to navigate those charges and get you the best outcome possible.

The Law is Complicated

One of the biggest reasons that you need a DUI attorney in your corner when you go to court for driving under the influence is that the law is complicated. The last thing you want to do is defend yourself in court. You’re not a lawyer at all, much less a DUI lawyer, and can hurt your cause a whole lot more than you will help it, if you aren’t careful.

To Have Your Charges Reduced

In most cases, the prosecuting attorney is going to ask for the strictest penalties under the law when it comes to a DUI case. Your criminal lawyer will help you to have those charges reduced if at all possible. If you’ve never been convicted of a DUI before, then you have more of a chance of a reduced sentence if you have a lawyer that cares about you and is willing to fight for you in court.

These are just a few of the top reasons that you might need to hire a reputable lawyer to represent you in court on a DUI charge. Drinking and driving is a horrible thing to do and should be avoided at all cost, however, everyone makes mistakes and deserves to be represented to the fullest when they go to court. If you are facing a DUI, contact a reputable criminal lawyer for a consultation now, instead of later, your way of life just might depend on it. 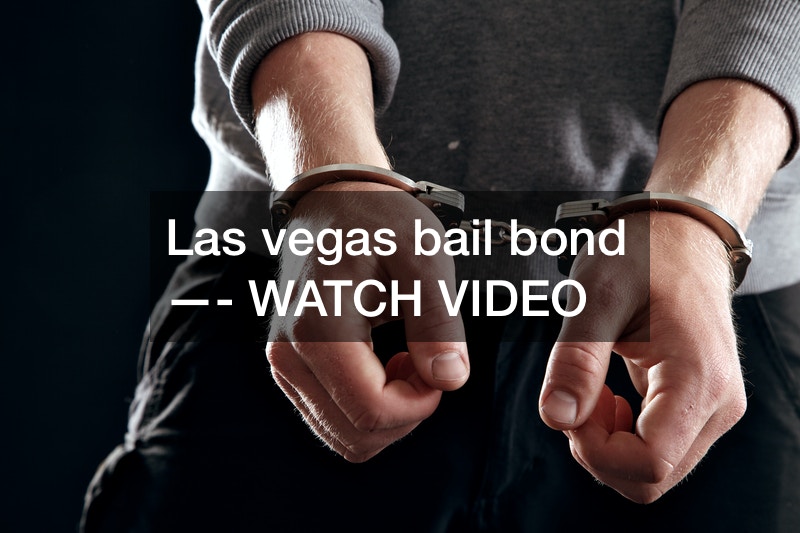 Have you found yourself in trouble in Las Vegas? Need to get bailed out of jail? Or perhaps a loved...